Welcome to my online children’s bookshop.

I’ve established a reputation over 6+ years of helping customers find books their children with love, through book stalls, and online since March 2020.

In my shop you will find a selection of the books available. I can also do bespoke orders so please contact me if you’d like some personal recommendations. 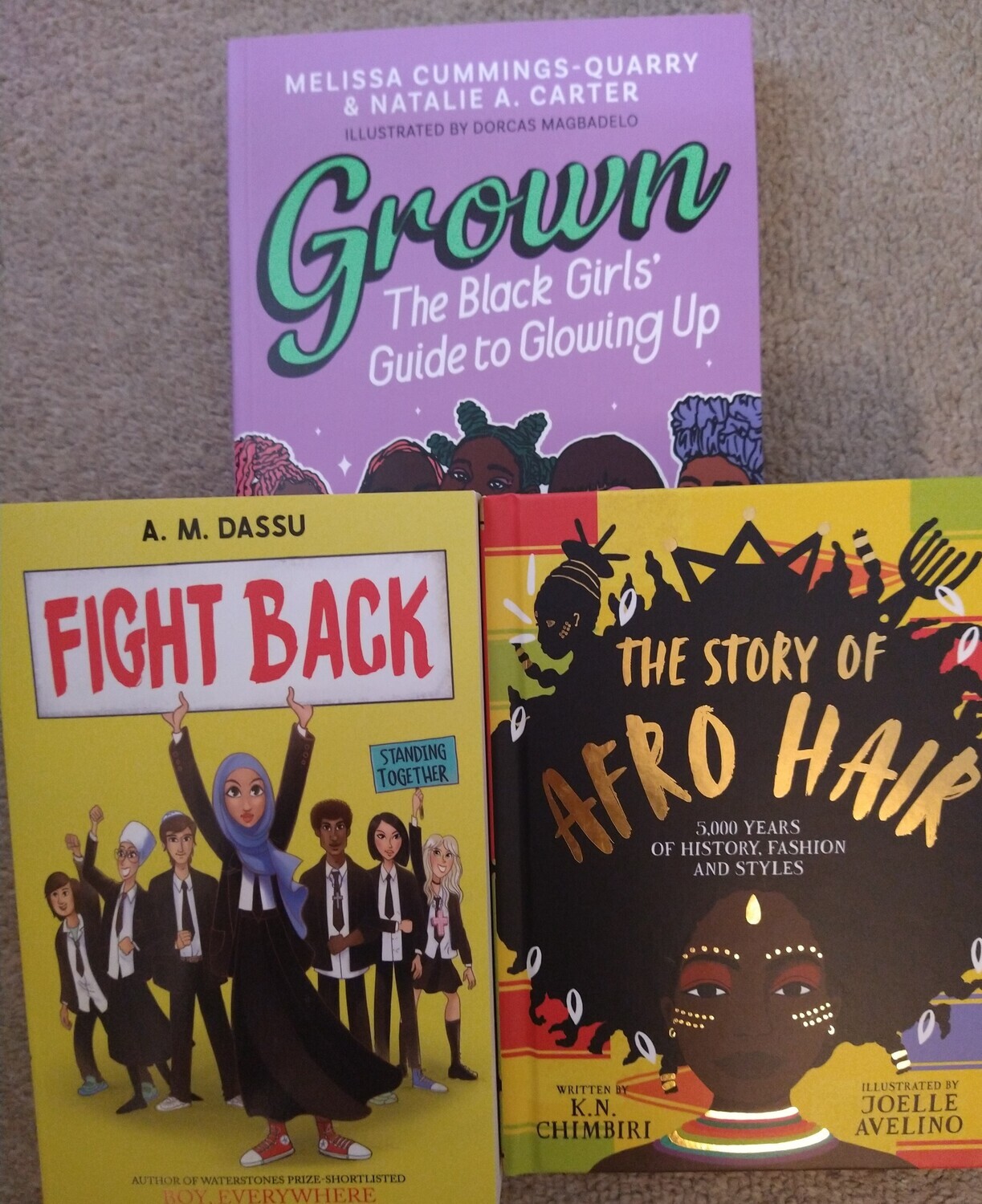 The 3 books in this bundle are:

Grown: The Black Girls Guide to Glowing Up

Featuring contributions from Diane Abbot, Candice Carty Williams and many more inspirational Black women, Grown is the ultimate handbook for getting to grips with issues such as identity, prejudice and ambition in a positive and empowering manner.

The Story of Afro Hair: 5,000 Years of History Fashion and Styles by K.N.Chimbiri

" I had no idea the history of hair could be so fascinating or such an intriguing angle to view black history from. I loved learning about hair follicles, Benin Bronzes and the role of hair products in driving the Harlem Renaissance. Fascinating how in 1920s America hair salons and products enabled a few Afro American women to become millionaires."

The Story of Afro Hair takes us right back to the politics and fashion of Ancient Egypt. Speeding forwards to modern times we experience the Kingdom of Benin, Henry VIII's court, the enslavement of African peoples, the Harlem Renaissance, the beginnings of Rastafarianism, Britain in the 1980s - and much more.

Fight for Freedom by A.M.Dassu - a middle grade novel

Aaliyah is excited for her first K-pop concert, but it becomes a night to remember for all the wrong reasons when a terrorist targets the venue.

In the aftermath of the attack, racial tensions increase in her town and Aaliyah is targeted and feels isolated. But, she is not alone - other young people from different backgrounds also feel discriminated against because of their identities.

Can they take a stand together and fight back?

Hope on the Horizon by Onjali Q Rauf 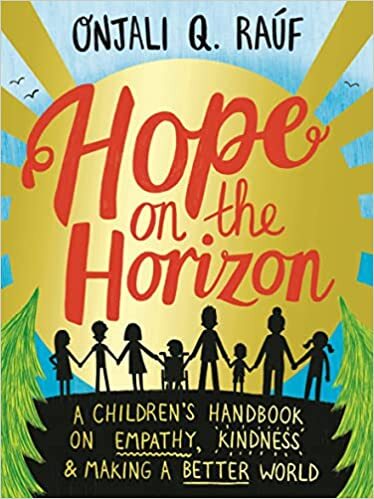 Save this product for later
Display prices in: GBP
Spread the love