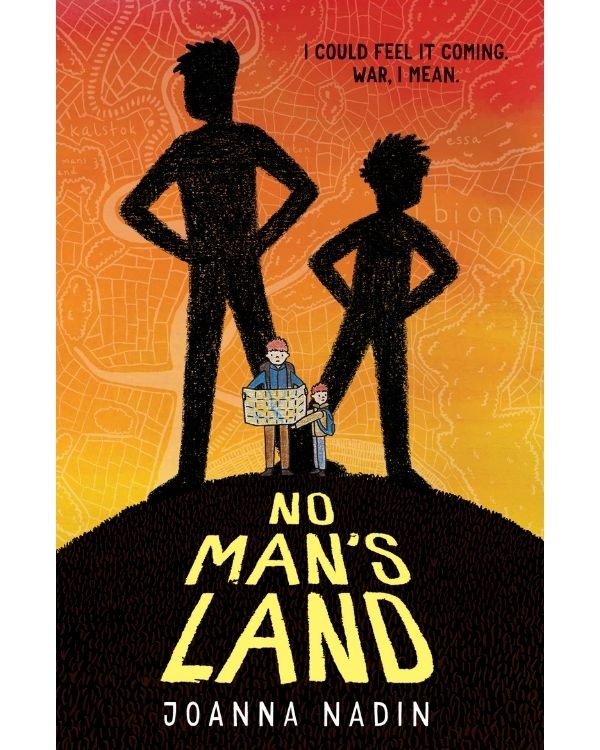 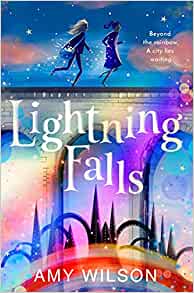 No Man’s Land by Joanna Nadin

‘With far-right Albion on the brink of war with Europe, ten-year old Alan and his little brother Sam are sent away to safety. Dad tells Alan he has to be brave, like the superheroes he loves but Alan isn’t too sure. He wants to be wherever Dad is, and anyway – can he really be sure who’s a hero and who’s villain?’

I was lucky to get an advance copy of this heartfelt and thought provoking story. I was excited to see the final edition with the wonderful illustrations on the front and back cover, the illustration at the start of each chapter for each section and the completed map. 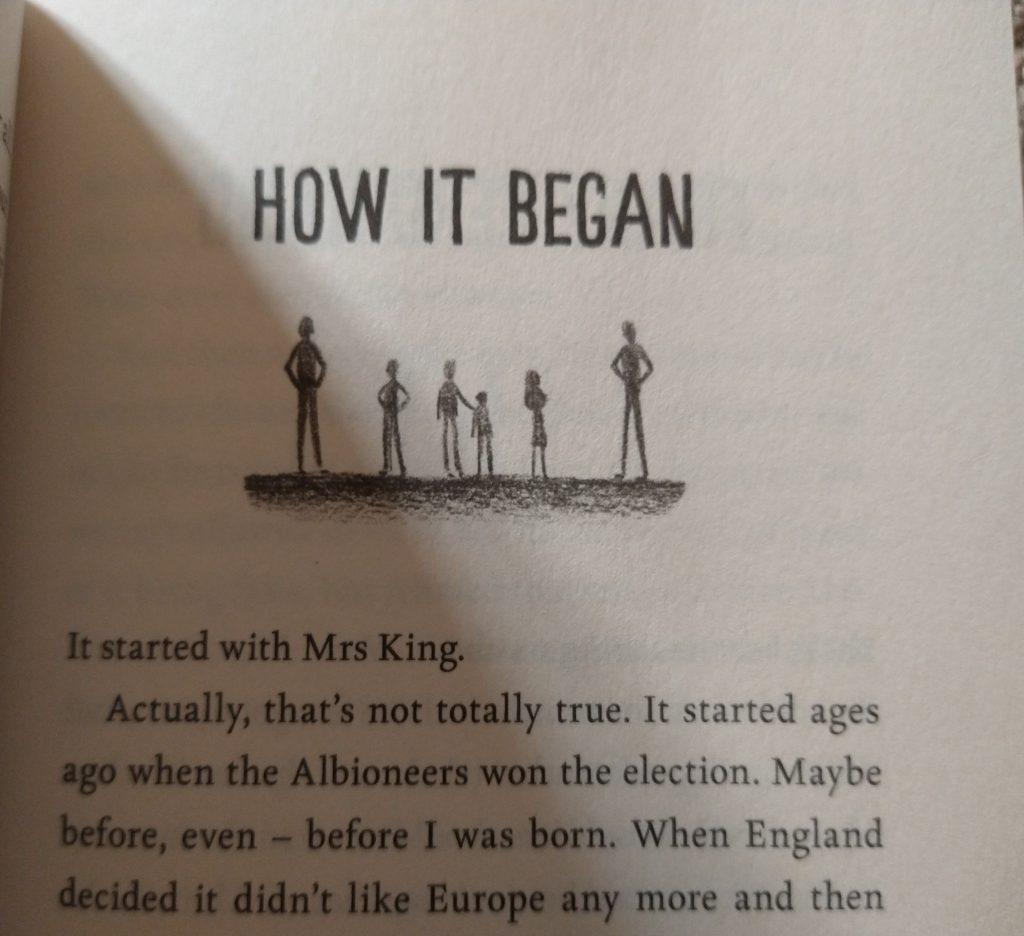 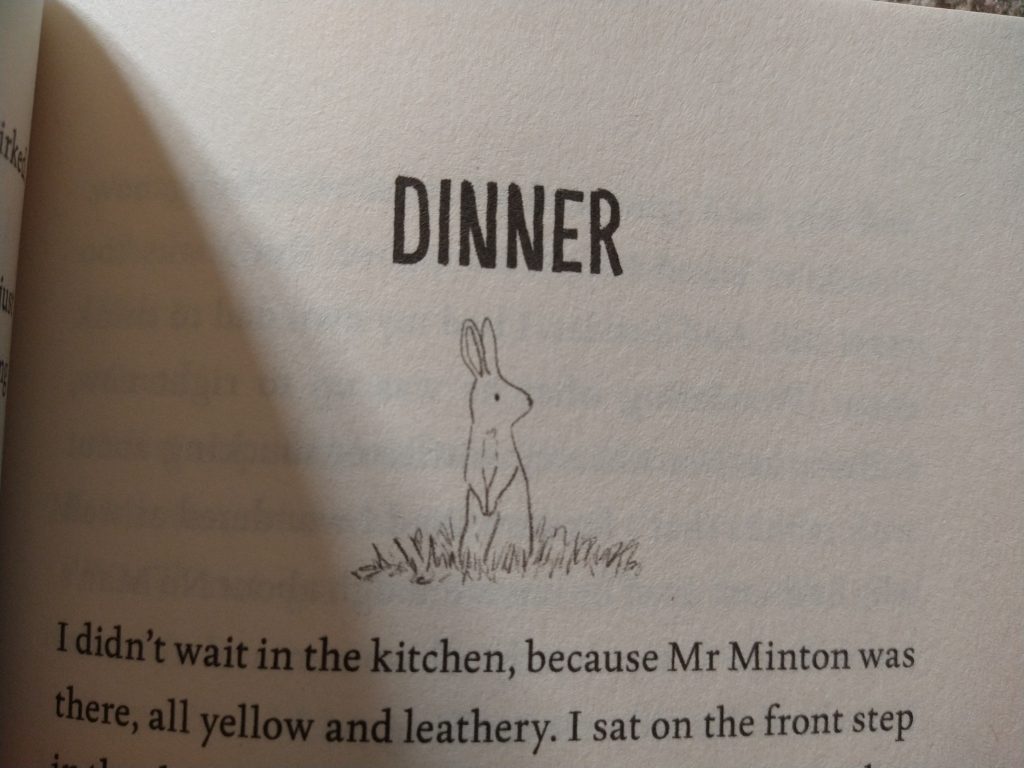 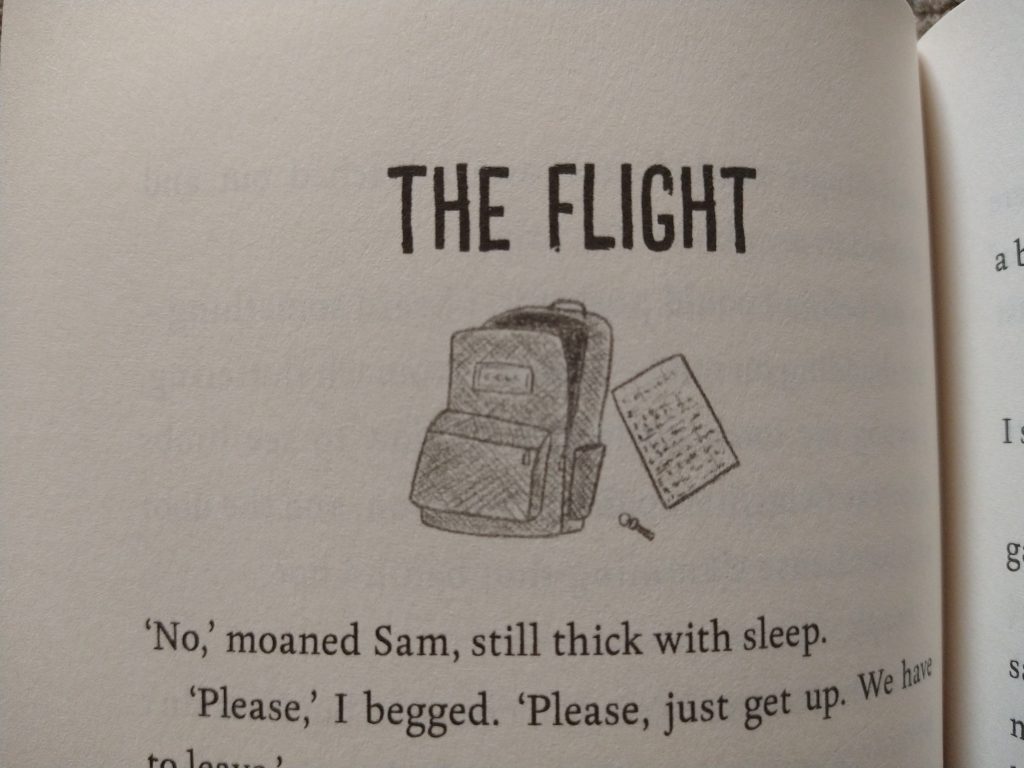 What immediately struck me..

Michael Rosens, poem ‘Fascism: I sometimes fear…’  and the map at the start hooked me in before I even got to the story!

Joanna Nadin builds a sense for the reader of living in a far right county on brink of war. This is really brought home in the Franz Ferdinand’s chapter.  Where the teacher is teaching about World War One. But, by the next lesson she had disappeared.

“…I didn’t even say bye back and nor did anyone else because we were too pleased to get out and play football or cricket or just eat crisps or whatever.”

“But, I should have we all should. Because even though we didn’t realise it at the time, Mrs King was our tipping point. She was our Franz Ferdinand. Because the next day she was gone.” (P9)

I immediately warmed to the main character Alan, as he battles to look after his younger brother and make sense of and adapt to his changing situation.

What stays with you..

Many parallels with what’s happened to British Politics since the Brexit Referendum. Which is both thought provoking and a little bit chilling.

Joanna gives great insights into what Alan and a boy called Noah are thinking, including their own confusion about family and their role in the pending war.  This reminds the reader that not everything in life is clear cut and by finding the kindness in ourselves and with the support of others we can make it through.

There is great tension in the moment, especially when Sam tries to get back to his Dad on his own. His world changes out of all recognition but ultimately he finds a new way to live. A hopeful story of survival and resilience, with plenty to discuss and explore.

I have loved all of Amy Wilson’s books, but I am a particular fan of A Girl Called Owl. I was delighted to get an advance copy of Lightening Falls which was every bit as good.

One of the things Amy does so well is find unique ways to bridge the divide between real and fantasy worlds.

‘The Ghost House is all Valerie has every known.

She’s perfectly happy helping Meg and the rest of her beloved ghost family to haunt the guests who come to stay. But, then she meets Joe, the boy on the viaduct, who tells her he’s from another world. A world where she belongs.’

What immediately struck me

Love how Amy brings to life a house full of ghosts (and a few human inhabitants) so that you feel like they are real people, living real lives. Valerie is such a strong character and it’s lovely to have her voice describing the people she lives with and the weird and ‘almost normal’ goings on.

“…A battered sign swings at the entrance to the car park, metal fixings creaking with every push of the wind. LIGHTNING FALLS it reads, and anyone who stumbles across it realises this is not the place to come for a restful night.” ( p 1)

“Night falls with a crash and a bang at Lightening Falls. I’ve always found the chaos soothing: you’re truly never alone here. But tonight, sleep won’t come. Meg is with Iris, howling through the old pipes, scarps of old songs and lullabies that make me think of Ada and her little Florence, who is now an old lady-ghost with faded hair and a knack for lounging on ceilings.” (p 74)

The questions Valerie starts to ask after Joe when arrives and the magical power connected to pendants and objects (Anchors). The excitement of a possible other world over the rainbow beneath the viaduct.)

The discovery of Ada Falcon’s journal from 1727

What stays with you

How Ada’s diary entries are interwoven with the plot and help you to unravel what is going on.

The tension, suspense and interweaving of different elements keep you wanting more.

The house feels like it has a persona,  it could be a character in it’s own right!

The emergent power of the waterfall and river. Both as a natural (and sometimes dangerous) feature and as something behind which magical powers lie.

Some more things that I can not say as it would give too much of the plot away, so you will just have to read it and see for yourself.